Hollow Knight caught me in its nest 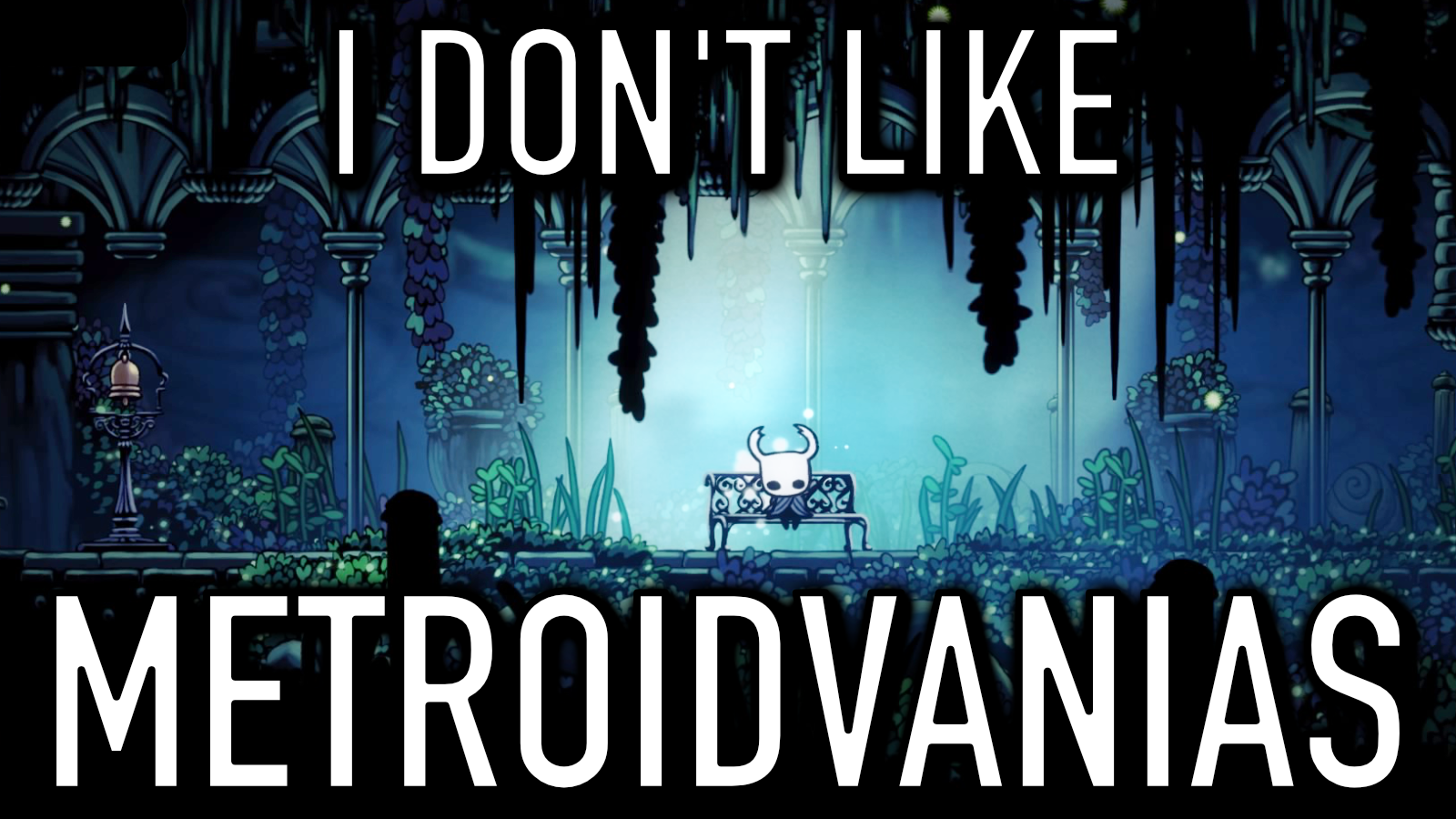 Please note: this blog post contains some spoilers of Hollow Knight video game. If you haven't played the game but would like to without any surprises, please play the game first.

I've been gaming for the past 30 years – ever since before I knew how to read or write. And I'm quite omnivorous when it comes to games: there aren't many genres or types of games I don't enjoy playing.

One of those have been metroidvania games for a long time though. My first touch into the genre was Super Metroid on Super Nintendo but I ended up mostly feeling utterly lost and quite quickly lost interest in the game. And for a few decades, I mostly avoided any games even hinting towards the idea of being a metroidvania.

In 2015, I ran into Guacamelee! which is a metroidvania that doesn't feel like one. It feels much more linear and I don't think I ever got utterly lost in the game not knowing where to go. And the game is just hilariously funny, so I spent a lot of time playing that and its successor.

I read so much good about Hollow Knight before I played the game for the first time. But among all that praise was a phrase that kept me away: it's a great metroidvania. For someone like me who generally likes games of all genres, it was weird to have such a strong opinion about one genre.

Hollow Knight became available for PSN+ subscribers in November of 2020 and I figured, it's time to give it a go. I played it once for a while and lost interest. But because it's 2020 and there's not much to do in the world, I came back to it and I lost interest.

Before I talk about the things I like about the game and how the third time it kinda captured my interest, let's talk about metroidvania as a genre and why I dislike it.

There are a lot of great videos made on Youtube about the genre and especially specific games in it. To mention a few, I can recommend Getting Lost in Axiom Verge by Game Maker's Toolkit, What Does It Mean To Be A Metroidvania by Adam Millard, the Architect of Games and the 2nd season of GMTK's Boss Keys series which is super spoiler heavy so beware.

There are couple of key ingredients that are hallmarks of these games: exploration, locks & ability keys and backtracking. While I don't exactly like the current trend of overly holding players by their hand with waypoints and markers and helpful NPCs, I do enjoy certain amount of pointers to where to go next.

When it comes to exploration, Legend of Zelda: Breath of the Wild was a perfect combination of linearity and exploration. There was a vast map filled with interesting things, shrines, opponents, villages and NPCs to find and I spent hours just roaming around the Hyrule. In Zelda, it felt exciting and relaxing.

However, in metroidvanias, the exploration often just means: there's somewhere to go but you don't know where so you mindlessly wander, hoping to find something. I'm still quite early in my journey with Hollow Knight (around 7 hours or so) and I have already gotten into the situation where a single game session doesn't take me anywhere and after taking a break, I've forgotten where I have already been at. So I might spend 2-3 sessions just wandering around, fighting the same enemies over and over again only to find a nook I already visited.

Exploration without any direction feels utterly pointless and frustrates me a lot. Games like Metroid or Hollow Knight don't have that interesting worlds to explore: there are only a few NPCs and mostly just enemy grunts that respawn over and over again.

Locks and ability keys are a way to manage how open the world is at any stage. In Hollow Knight, you might find an Elder Baldur guarding a doorway and you need to find a new attack ability to get through. Many gamers think that these are great and make the game exciting. Maybe it's my horrible ability to remember where I've encountered something before but I have no memory of previous potential encounters of those locks when I get an ability key.

And most often these locks and keys are not obviously connected. It's often clear when you run into a lock where you cannot continue with your current abilities but it's often very unclear how an ability that you gain in the game connects to those. So you get something new and run through all the old places just to see if something opens up.

Since the maps of metroidvanias are often small corridors that go around and look quite the same, it's so difficult to maintain a mental image of where things are in relation to others.

Maybe my biggest grievance is the combination of the two above topics and it's how it handles backtracking – or the activity of going backwards in the level to find all the new things.

In Hollow Knight, I often find myself having saved some progress in one corner and then decide I need to check something in the opposite corner. Due to an unforgiving damage system and bit clunky controls, I too often end up dying before I reach my goal and I have to do that same backtracking multiple times without gaining anything new in the game. That kind of pointless game play is something that frustrates me so much.

In some review of Dark Souls, someone said that it's not the difficulty of the bosses that is annoying but the pointless traveling from last save point to that boss over and over again. I totally agree with that.

And while different areas of Hollow Knight are often praised as different enough to make it easy to remember where you are, I don't agree. Sure, there are different colors and unique aspects but most of the game is just dark and grim and every corridor feels the same.

The lack of direction in Hollow Knight that's otherwise built with great characters and interesting lore is bit disappointing. I still don't know what Knight is trying to achieve and why.

Why am I still playing Hollow Knight then?

There's something about Hollow Knight that gets me to return to the Hallownest even after all that frustration and so many things I don't like in it.

Its biggest asset is its world. Not the layout of the world, which is the same annoying collection of tight corridors that all look the same, but the creatures and other elements that fill in those corridors. Every now and then, you run into interesting lore, whether it's through signs or stories from NPCs. The art style is absolutely amazing and so far, my favourite is Last Stag, pictured above. Last Stag is Hollow Knight's fast travel mechanic: a large stag beetle that runs between stations like a train. As a lifetime fan of Totoro's Catbus, my first encounter with Last Stag was heart-warming and its short cutscene is my favourite moment in the game.

And the good parts of Hollow Knight are great. Enemies are interesting and especially the boss fights challenge my skills in just the right way. They are challenging but fought in environments where I feel like I'm in control and losing a boss fight is pretty much always due to me not having learned all of its unique attacks and weaknesses yet.

I do have to admit that I've let myself get a bit spoilered about Hollow Knight. Not enough to know where to go but enough to get excited. The Completionist's Hollow Knight video was one that gave me the push to give the game its third opportunity. For me, that video was probably the best thing that game has to offer in terms of excitement. It's just sad that the feeling needs to come from a Youtube video rather than the game itself.

I might return to the topic of Hollow Knight once I finish the game. I was told yesterday by a friend that I'm not gonna get through the Godmaster expansion. I believe the biggest deciding factor on that won't be the difficulty level but how much I get frustrated before I reach the pantheons.

Images used in this blog post are a combination of screenshots from my playthrough on PS4 and from Hollow Knight's official press kit.