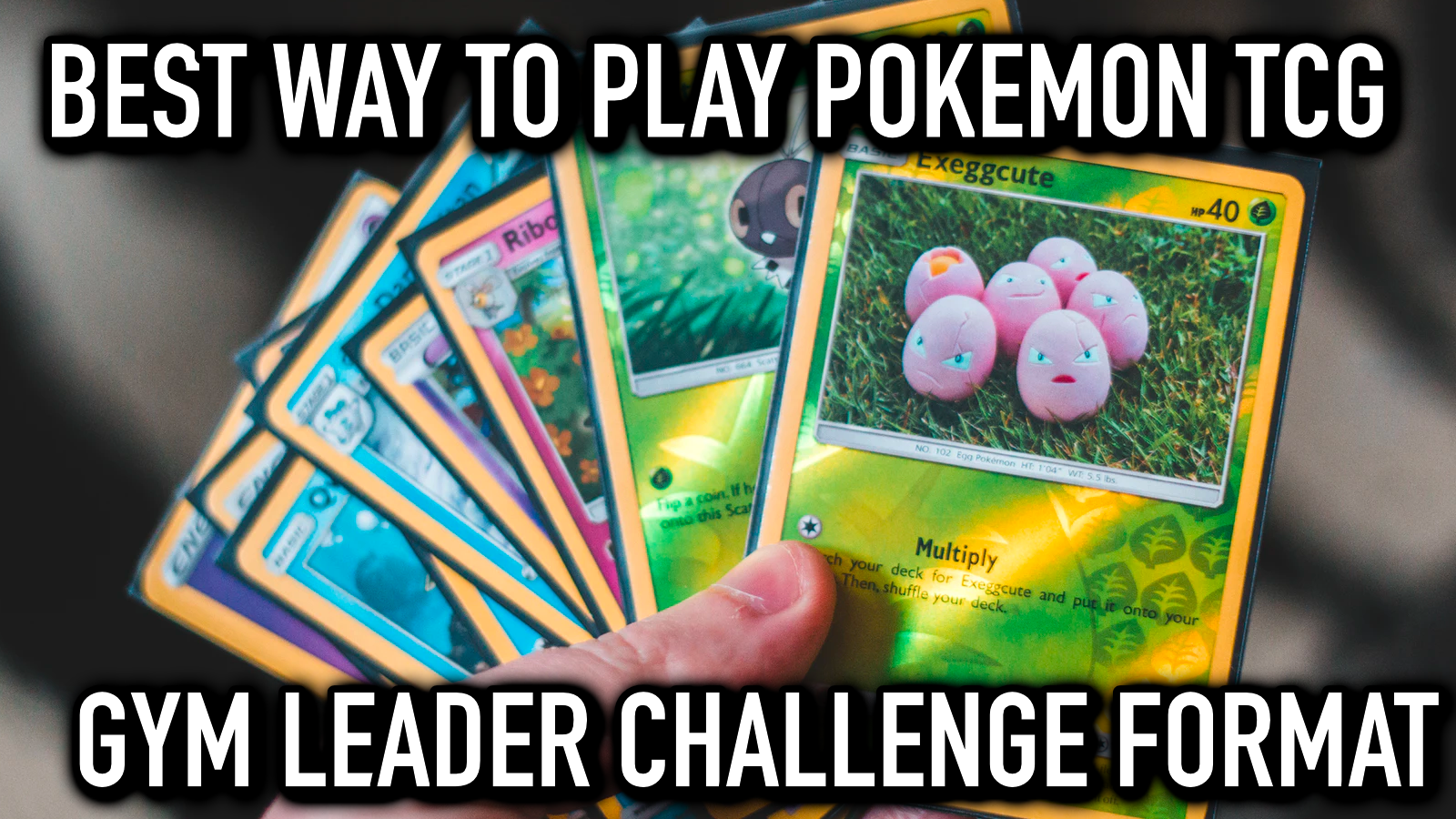 I've been a big fan of Pokemon TCG for years. I originally played a bit when it came out with the Base Set and Jungle in the turn of millenia but really picked it up in 2014 when my college buddies started playing and reintroduced me to the game. During the pandemic, I've played hundreds and hundreds of hours in the Pokemon TCG Online.

However, I've never been a massive fan of the highly competitive games: the meta (decks and cards being played) often compresses into 2-3 decks that are very consistent but kinda boring to play over and over again. So I wish to play a bit more with rogue decks (less powerful or consistent than meta decks but have fun strategies) or just silly memes. Also, the power creep has accelerated a lot and in current meta, you have huge 300+ HP VMAX Pokemon that hit very fast and very hard so often if you miss your setup in the first two turns, you may be out of the game already.

Luckily, during the summer of 2021 Pokemon TCG competitor and content creator Andrew Mahone aka Tricky Gym (Twitch, Youtube) introduced a non-sanctioned community format called Gym Leader Challenge. I've played it for a while now with other players from very active Tricky Gym community Discord and it's so much fun. It's what I wish Pokemon TCG would be. Compared to the official formats and meta, it's much slower, more focused on setup and allows cards that have not been viable before, to take the throne.

Here are the main rules for building decks in GLC:

Why do these rules make an interesting format?

There are certain gameplay implications caused by these rules that make the format so fun and interesting:

Since your deck needs to be monotype, you can't rely on the traditional support Pokemon. In standard, many decks have relied on support Pokemon like Jirachi or Oranguru but now these two cannot live in the same deck. It means we need to find different support actors and often there are Stage 1 and Stage 2 Pokemon with great abilities that would not be viable in Standard format.

Since you can't play any EX/GX/V Pokemon, it means no 2-prizers or 3-prizers. Game slows down significantly which makes stage 2s not only viable but often the main heroes of these decks.

Singleton format means you can't build super consistent strategies. Normally that could make the games annoying to play or very luck dependent but with this format and the large card pool, it means you need to adjust your strategy based on what you get. Sometimes your water deck ends up setting up Blastoise and hitting hard with big basics like Kyogre and in the next game it might be Frosmoth supporting Samurott while Inteleon adds snipe damage.

Slowed down game combined with singleton format also means that it's not the end of the world to miss your setup by few turns. Even if your opponents sets up a big Pokemon with hard hitting attacks, you may turn the tables in few turns by setting up and taking a KO followed by a turn of bad draw for your opponent. I've seen so many fascinating comebacks after it seemed already lost.

The large card pool without clear dominating Pokemon or combos opens up so many opportunities as well. There are many different ways to build a fire deck or dark deck.

And finally, this format is incredibly accessible to players. Most of the expensive cards in this game are EX/GX/V Pokemon and especially having to need playsets of 4 (which is the normal maximum of one card). I started building my first paper GLC decks with just the bulk cards I happened to have in my binders. They are not the best decks in format but the difference between a deck built from what you happen to have and an "optimal" deck (if that's even a thing in this format) are way smaller than in Standard or Expanded formats. And since you only need one of each card, it's much cheaper and easier to find that one copy of a card you want to add to your deck.

Some of my early decks

Here are some of my first decks that I've built and played with.

Accelerate and hit hard from the Water

My water deck has two forms of energy acceleration: Blastoise and Frosmoth to increase odds I can set up one of them. Lapras' Go For a Swim ability combos beautifully with Octillery's Abyssal Hand ability to increase consistency and draw. Samurott is my favorite water attacker right now with 120 dmg and huge energy disruption that can slow down your opponent a ton. And Cryogonal's Frozen Lock can buy you a turn or two with its item lock while you set up.

If you're interested in seeing other deck lists, the blog in GymLeaderChallenge.com is a good place.

And for finding people to play with, I highly recommend joining the Tricky Gym Discord (you can find link in Gym Leader Challenge website) where people interested in the format are playing games pretty much around the clock.

Since the format is singleton and most decks share the same set of stable trainers, it's quite a bit of work to always add all of them to your decks in PTCGO. Hence, I created a "starter kit" that you can import to be the baseline of your deck to save you a lot of clicks and searches.

Not every deck plays all these and it's not a perfect baseline but it saves easily 20 searches and add actions in the beginning so it's easier to remove the ones you don't use and start from that.

A techie side story

While writing this blog post, I was annoyed by how the deck list exports looked. So I decided to write an extension for Prism.js to add syntax highlight for these deck lists.

If you wish to have similar looking deck lists in your website or blog, check out hamatti/prism-extension-ptcgo.