Appendix A to Developer's Guide to Communities 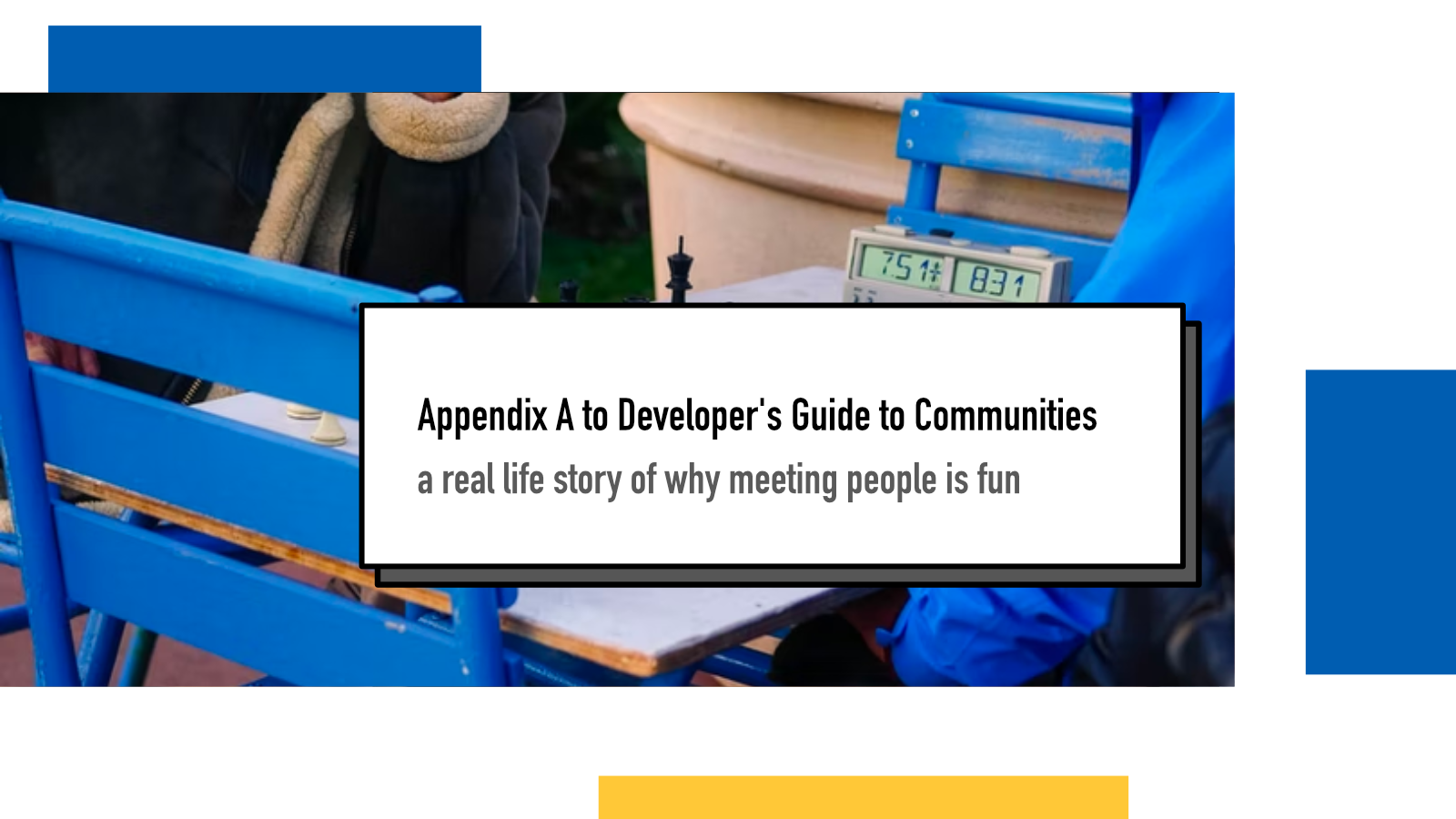 Earlier this week I wrote about my thoughts and experiences about developer communities. Then something happened yesterday that is a story worth sharing in an appendix.

This is a story about how meeting people and being active can lead to fun stuff.

Let's start by rewinding bit over 6 months, to December of 2021. I was sitting at home when I saw a ping in Slack: someone in a global community sent a message saying they're looking for some likeminded people in Helsinki to join for a beer. Someone else remembered I'm from Helsinki and tagged me.

Few DMs later, I was sitting on a tram to a pub and met two guys, had some beers, laughed a lot and had a generally very good time. At the end of the night we parted ways and didn't talk after that.

Fast-forward back to today. I moved to Berlin on Wednesday and figured I'd like to meet some new people. What a better way to make new friends than join the local board game groups on the very next day, Thursday. And I did. I signed up for a game of AuZtralia (which now has an unfortunate name but awesome gameplay and Cthulhu theme) and showed up to the place.

And guess who was not only in the board game night but also hosting the game I signed up for? The friend of the dude from the beers. We played a good game, over 3.5 hours and we had a lovely time.

You never know who you'll meet if you're active and you never know where those connections and friendships might lead you in the future. I'm sure I would have had a great night regardless but meeting and playing with someone I knew already made it so much easier and so much more fun.