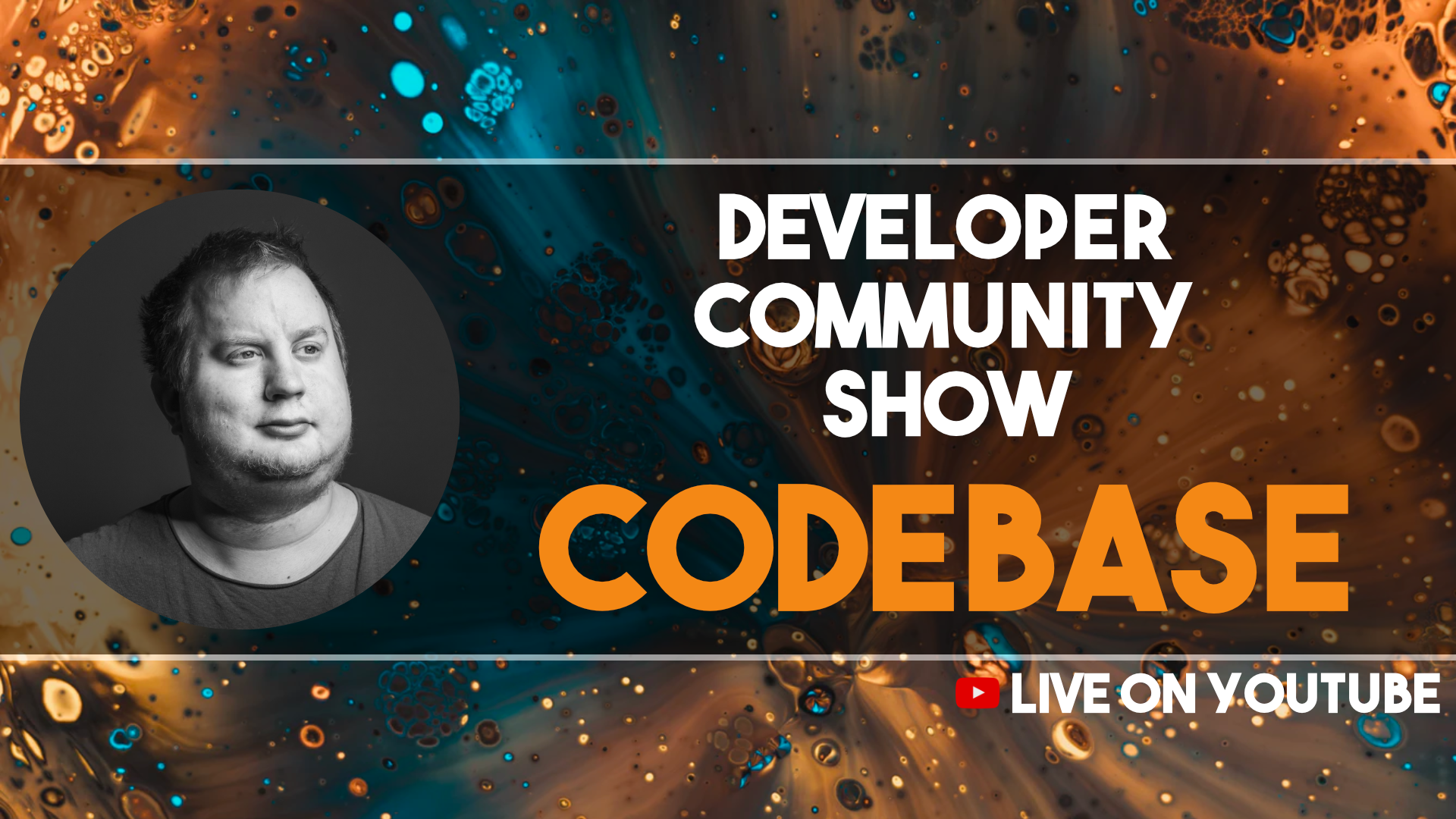 codebase is a new developer community show on Youtube. It's a celebration of technology and different people working with different technologies. Each episode, I'm joined by a guest who knows something I don't. Together we chat about life and tech and build something live on stream.

My goal for codebase is to be a nice and casual gathering of developers. Especially during these socially distanced times, I miss just hanging out with people to talk about tech and work on small projects and learn something new. It's not a replacement for conference talks but rather the hallway and dinner discussions that I've always loved in events. Less scripted, less structured and more just a discussion of interesting things.

The show is aimed for all developers regardless of your skill level or the technologies you use. If you're a Javascript or Python developer, I highly recommend joining future shows where talk about completely different languages like Clojure or Haskell.

Software development is essentially problem solving. Not in a puzzle-solving type of way but in a way of mapping the reality into code and building workflows that make sense for the user and are enjoyable to use. Your selection of tools (languages, libraries, etc) will heavily affect the way you think about and approach problems.

American linguistic Benjamin Lee Whorf talked about how our language shapes our reality – or at least the perception of it. While Sapir-Whorf hypothesis is not scientifically proven nor accepted, in my experience, something similar affects our software development too in a way. If you use object-oriented programming languages for 20 years, you're probably more likely to start intuitively map the domain you're working in as objects and their methods and same happens with functional languages and their approach.

So even if you're not going to switch your main language of choice to another, I highly recommend learning a bit of different languages because it forces you to approach problems from different angles and with different toolsets so you don't allow your thinking to take the easiest route. This in turn can help you solve problems in different ways even when you use your trusty tools.

As a Python developer, you might not get the most out of the eventually upcoming Python episode. But you might learn something new and valuable about Clojure or Haskell episodes – and vice versa.

The first episode of codebase was broadcasted live on March 23rd and you can find it below. The next episode will air live on April 27th at 17:00 EEST and I'm joined by Yrjö Kari-Koskinen, a software developer from Tomorrow Tech and a host of Koodia pinnan alla podcast. We'll be talking about Clojure and building a bit of web backend with it.

In the very first episode of codebase, I was joined by Fotis Papadogeorgopoulos, a software developer and accessibility specialist from Futurice.

With Fotis, we decided to talk about accessibility and picked HTML forms as an example case to test out this new codebase format. In this episode, we talked about accessibility in general, semantic HTML in the context of forms, the importance of using labels with your inputs, why focus styles help users know where they are in the form and how to use CSS to style your forms.

Check out the first episode on Youtube and let me know what you liked about it in the Youtube comments or in Twitter. Also, if you have ideas for what languages, technologies or libraries you'd like to see me talk about with the guests, let me know that too!

We are currently working on providing closed captioning for the recording of the first episode.

Fotis was kind enough to also provide some extra materials so you can continue learning accessibility related topics. All the descriptions after the links are from the site itself and not from either of us.