Listen to everyone, listen to no one 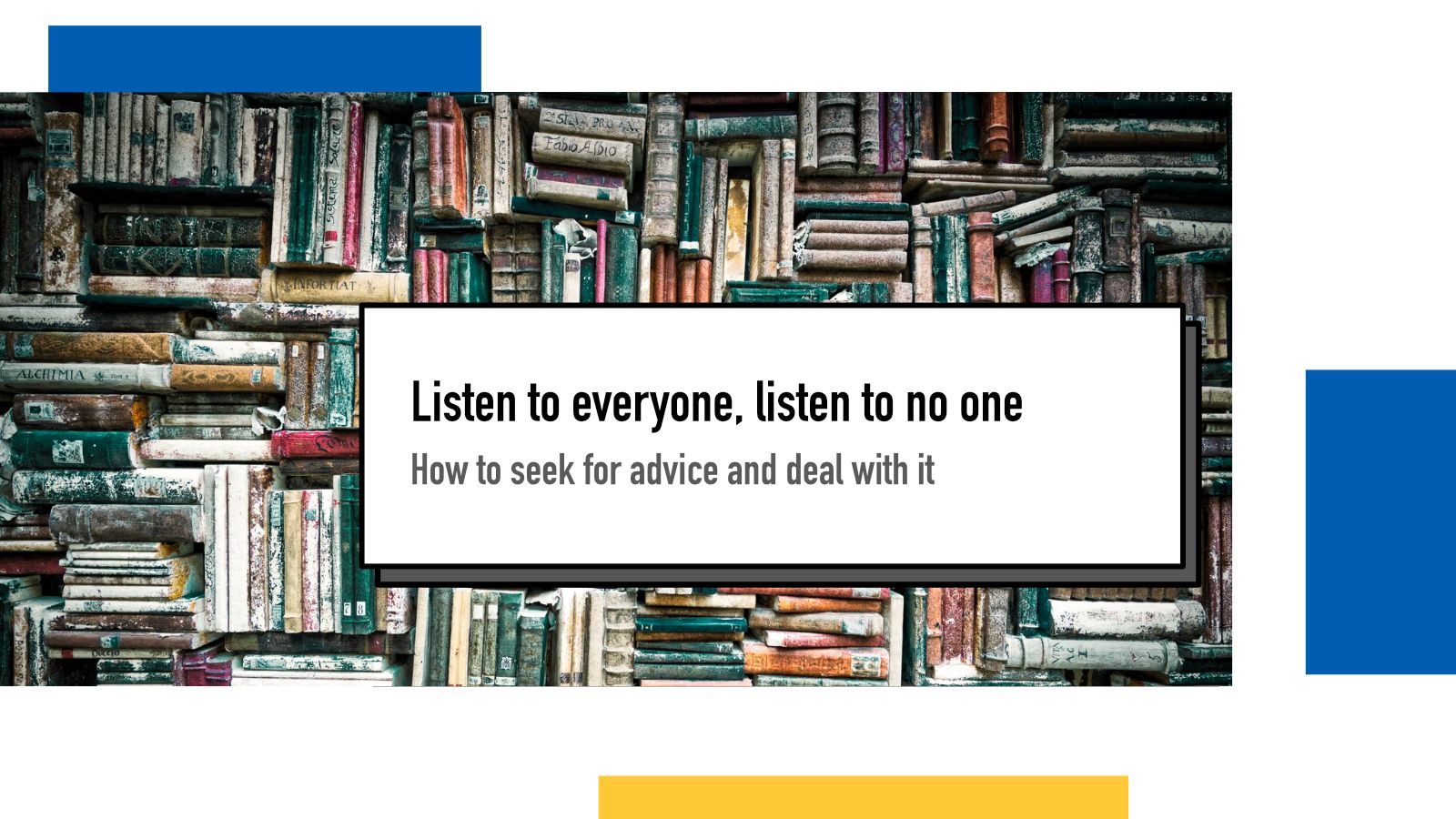 In general, I don't like to give advice because I realize that I can only give advice based on the limited experience and understanding that I have. However, over the years I've ended up doing a lot of coaching and mentoring in different setups: coaching entrepreneurs, sharing my tips about work life and career stuff to students and helping new people get into technology. And sometimes I facilitate those coaching sessions helping coaches and students find each other.

Over the years, my main guideline that I try to always bring up before is Listen to everyone, listen to no one. It's catchy and rhymes. Both sides of it are hyperboles. But what does it actually mean?

The first part, Listen to everyone, is my advice for seeking advice from different people. When I worked at Boost Turku running our Startup Journey accelerator program for early stage startups, we had 30-40 coaches during 10 weeks helping the entrepreneurs to focus their ideas, hone their plans and polish their presentation. With so many coaches, most of them entrepreneurs themselves, it was inevitable that there would be a lot of different and even opposing thoughts, ideas and suggestions.

By exposing your ideas and thoughts to different people who've had different experiences and have different opinions on things, you'll get a lot of signals, some stronger than the others. And more opinions there are on a topic, more likely you are to hear something you had never thought off. Some of those may be good ideas to ponder further and some are just new because the person giving the advice might not have enough experience on the particular topic or field.

If you're a software development student and you're thinking about which technology to pick, you'll get almost as many different opinions as you'll have people you ask from. And quite often technologists tend to be quite strong with their opinions and obviously can best argument for the technology they are most familiar with. So seek out varying opinions and aim to make the decisions not based on which one gets most "votes" but based on the arguments given for those opinions.

Don't take every advice at face value only

While the first part is crucial in finding different advice based on different experiences and knowledge, it can become quite challenging to navigate without the second part. Listen to no one is equal amounts hyperbole as the first one. It doesn't mean literally no one but rather don't believe any one advice at face value only. No matter what you seek, if your web is cast wide enough, you'll inevitably get contradicting advice and clearly you cannot follow two contradicting advice at the same time.

Important thing is also to realize and remember that most often peoplewho are asked to give their advice, are not even trying to say that their advice is the only true one that everyone should follow. It's just not usually said out loud.

I have a talk that I've done quite a few times over the past 2 years where I talk to students about how one can get the best out of their side projects when applying for jobs in the software industry. In that talk, I talk about how to come up with ideas for these projects, how to document and present them and what to talk about them when applying for jobs and when in interviews. It's based on my own experience as a hobby developer becoming an employed software developer and things I've learned about it on the way.

But it's not the only way and I'm by no means implying that if you don't spend all your free time coding, you can't be successful. It's just the advice that I'm best at giving because it's what I know best through personal experience (and interests). I think it's a good piece of advice – for those who want to follow it – but it shouldn't be heard as the only truth. So it's important to listen to various different advice and then find the way that best fits you and your situation.

Unless you're getting advice directly from someone who's gonna assess your decisions and work (like a recruiter from a company you're applying to), be also careful on whose advice you listen the most. Try to avoid falling into the trap of putting too much value on someone's opinion based on their status or a position they've reached.

The survivorship bias is strong and it's often hard to recognize. When asked someone why they think they became successful or achieved something, they tend to answer what they believe to be the case even if there's no real evidence that waking up at 5am or only wearing blue sneakers on every other Thursday actually had anything to do with their success. Even if someone would do exactly the same things I've done, it's very likely they would end up in a very different situation in life because there are too many variables to know.

In the end, it'll always be you who makes the decision what to do. And it means that despite all the advice and advice-givers, in the end the responsibility to deal with the outcome is with you. Almost always the best way is to ignore most of the advice.