Pattern matching is coming to Python 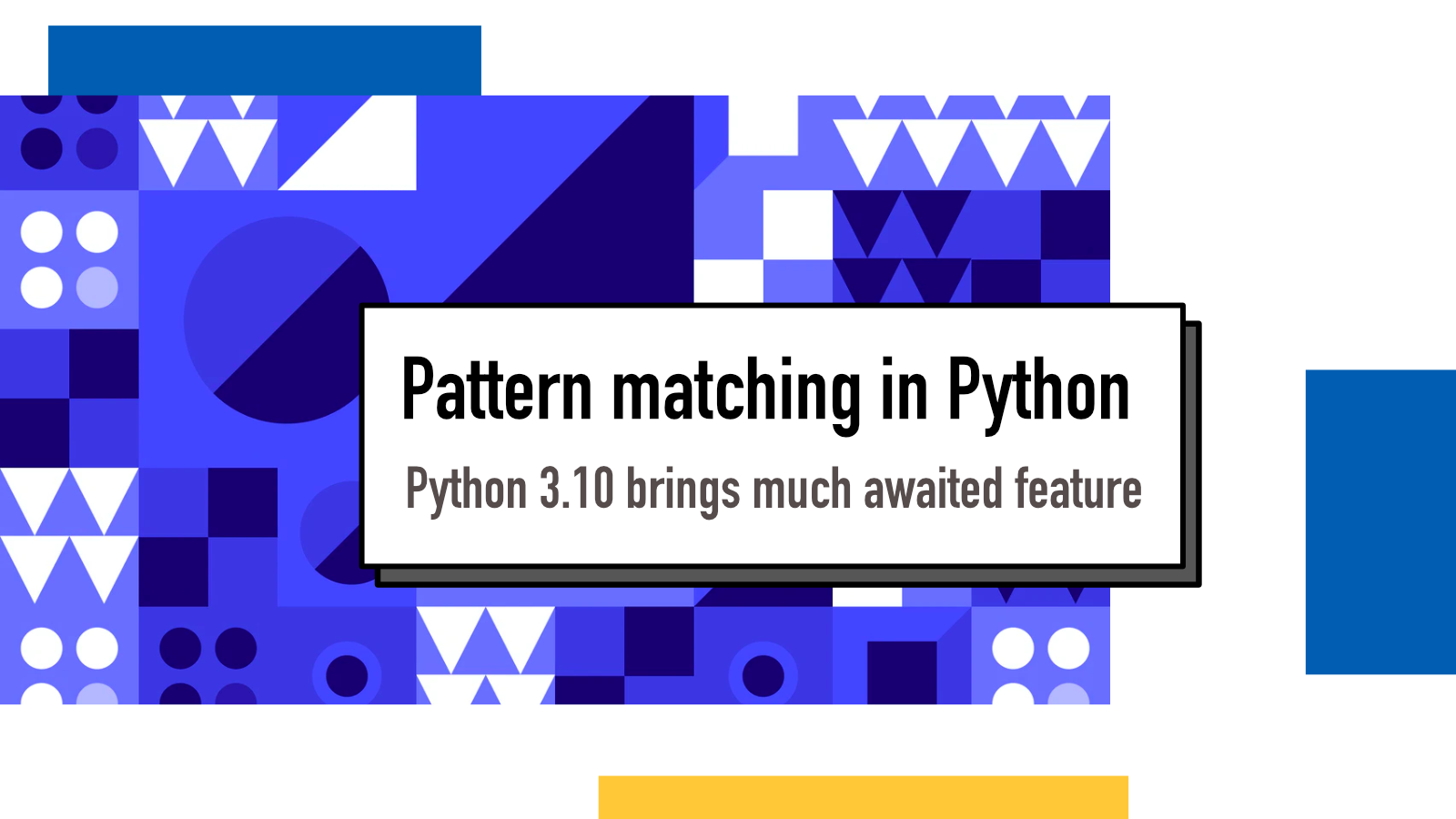 I was really excited when last week, a set of PEPs (Python Enhancement Proposals) that introduced pattern matching to Python language were accepted. Pattern matching is one of those things that ever since I learned to use them in other languages, I've really wanted to have in Python.

What is pattern matching?

Pattern matching is a language structure that allows the developer to essentially do two things: to branch out based on the structure of the variable and to bind values to variables for further use. It provides a nicer interface to things that could be done with if/else clauses.

The example shown in PEP 636 is quite a good example of how pattern matching can make the code much easier to read and follow:

Here, the output of command.split() is matched against different cases:

The above example using if/else could look something like:

I would argue that the first example is easier to read and makes it easier to understand and reason with the logic of the code.

To match a default case, this proposal introduces a wild card case _:

or, as and guards

In addition to matching just based on a single structure or literal case (or a combination of those), the proposal introduces a couple of additional ways to build powerful patterns.

With | operator, you can match multiple values:

And if you want to capture the value of those multiple options, you can use as:

and finally you can add extra conditions with guards using if:

Another way you'll be able to match is based on a structure and keys of a dictionary. This is very useful when receiving data in JSON form and parsing it into a dictionary in Python:

And the other ways

To get the full picture of what these proposals will bring to the language, I recommend reading them all through: PEP 634, PEP 635 and PEP 636. For example, I didn't write at all about matching objects but there are good examples in the proposals for those as well.

Is this a good thing?

The decision to accept the proposal sparked a lot of discussion (unfortunately much of it very unproductive and mean) but I have to say I'm a big fan. Pattern matching helps make code often so much easier to read, as long as it doesn't try to do too much.

As I've been learning Rust recently, pattern matching has been one of those things I really really like.