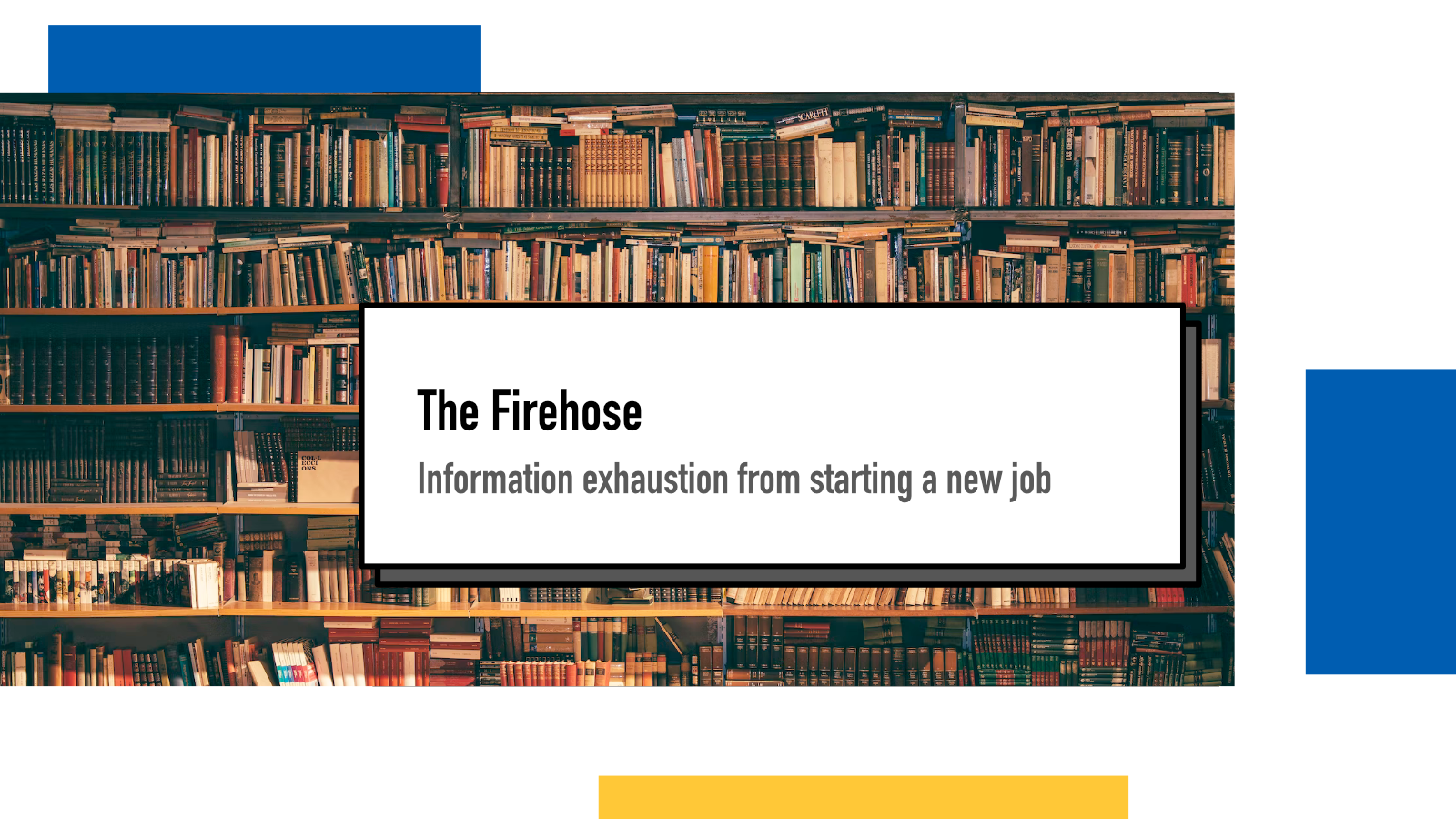 It's been a while since the last update on this site, either on this blog or in the weeklies. I started a new job as a Senior Developer Advocate for add-ons at Mozilla in the beginning of August and it has pretty much taken all of my energy to create anything.

The firehose of information in a new job and especially in an organization (and its extended community) like Mozilla is rather exhausting. With a very good quality onboarding, there's so much general information about the organization, processes, practices that is being transmitted in the organized onboarding sessions over the first few weeks. In addition to that, there's team specific stuff like meeting your team mates, learning about what we're currently working on, trying to consume as much as possible information about the past to understand where we are going and why and picking up what has been done previously in my role and what things I could and should start doing again.

And then there's people. Add-ons teammates and different people across the organization (like other community managers, marketing and content people, product people from various parts of the company and so on) and the members of the community. Every 1on1 meeting I've had has led to me having 3-5 new names on my backlog to schedule meetings with to learn about their position, their work – and to let them know I exist if they need any help that I can offer.

It feels like after every meeting I end up with 4-5 new tabs of documents, plans, tickets, discussions and other things to read and understand at some point.

Starting at Mozilla has been a great experience and everyone has been so lovely, welcoming and helpful. It's also been a bit overwhelming: with the intensity of the firehose and trying to connect individual pieces and starting proactively to take responsibility and create interesting things for the community.

I also moved to a new country where I don't speak the local language which adds another layer of confusing thoughts and haze around my thoughts.

One tangible thing I managed to do so far that I can share is I built a Firefox extension for Pokemon TCG players that shows a picture of a TCG card when hovering over a PTCGO card code. I'll write more about that once I regain my creative energy and momentum for writing stuff.