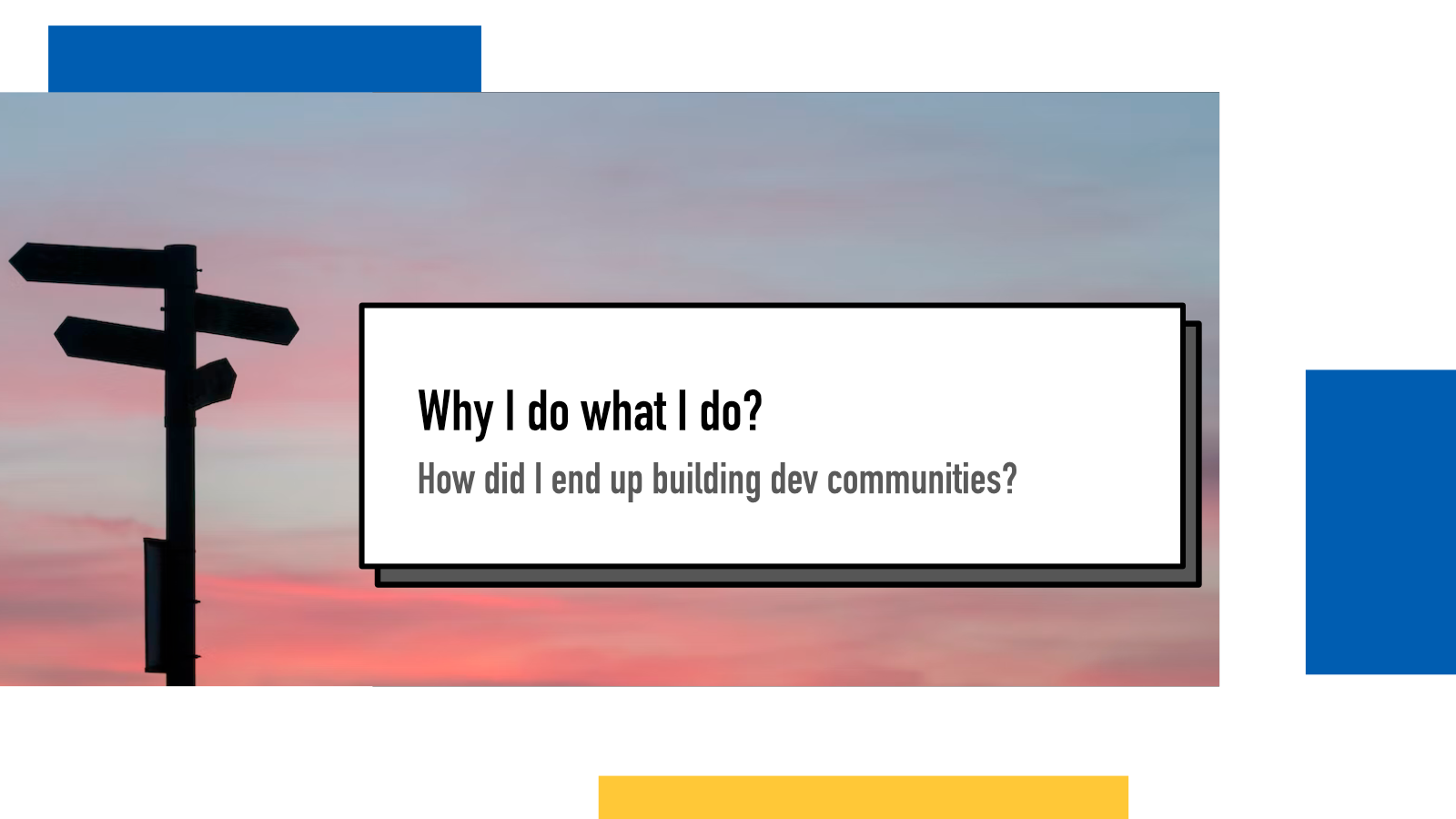 I'm in a very lucky and entitled situation where I get to work on things that are aligned with my values, my passions and what kind of change I want to see in the world. But what is that I do and why?

There are two main beliefs that I believe in that guide me:

Let's take a quick detour to how I got into technology and then I'll share more about why and how what I do aligns with those two main beliefs.

I guess my first written-down "dream job" was to be Puuhanalle, the mascot for my favorite amusement park growing up. But quite quickly after that, there's only been one: to work with computers. As a kid, I didn't know that a "developer" was a thing so I never wrote that as an answer but you know, I wrote something to that vein.

I was around 2 when the first computer entered our family home and the rest is history as they say. I got completely hooked and have been ever since. There's something magical about computers and computing and the ability to create something. Especially since I've never felt I'm a creative type in a traditional art sense, writing code has been my creative outlet.

There's one story in particular that's been etched into my memory from the very early ages. My sister, who is a few years older than me, had done a picture of a couple horses with MS Paint and you had to scroll to see the other horse. My siblings kept teasing me about it and not allowing me to see the other horse. That was a fundamental moment in me understanding that computers are fascinating. I also learned to write by typing short stories that my sister would read out loud from books and I would type them to a computer.

From development to building communities

My fascination of computers led me to learn programming and becoming a software developer. It took me to Shanghai, San Francisco and fun adventures in Finland. It also led me to a realization that I can have the biggest positive impact to the world if instead of me writing the code, I help others to do that.

I started building communities and teaching programming. I organize events (meetups, conferences, lunches, after works etc), run activities for online communities, write this blog, speak in events around the world, teach programming and few other things.

My main goal with these activities is this: I want to bring together people interested in and skilled in software development (and to some extent, design) so they can learn from each other, get inspired by each other and find people to get help from and to create things together with.

A nice side effect is that it also frees me from one worry: I don't need to be or become the expert, I just need to find the experts and facilitate an environment where they want to share and be part of the community. And I can drive the first belief (I believe that technology can be used for the good of humanity) by driving those things towards a direction that embraces that aspect.

The importance of diversity in tech

In 2020s, technology is everywhere. What was an opt-in obscure hobby of some in the 1980s and 90s, is now mandatory for participating in society. Therefore, we need a diverse group of people to build those digital services.

is founded on what I've seen throughout my own experience in tech. In the early 90s, tinkering with computers was a specialized hobby that you could (given you had the financial means) choose to participate in.

In the 2000s and every day more and more, we're living in a society where it's not a choice anymore. It's not an "opt-in" and even more impactfully, it's not something you can realistically even opt out from.

It means that those who build the tools, applications and services (and those who finance it) have an immense power in shaping our world. Sometimes by deliberate intent and sometimes by not realizing it, that can lead to certain groups being excluded or having a much harder time than others using the technology and by proxy, participating in the society.

That's why I want to be part of efforts helping people from different backgrounds, life experiences and other factors to have a good chance in participating in that process of building it. It means encouraging, mentoring, teaching, organizing opportunities to learn & network & get their feet in the door.

There wasn't a single day or single decision when I figured this stuff out. It's been an on-going process for the past 10 years as I've been teaching, writing, speaking and building communities. At one point I realized I was good at that and a bit later I realized I could get paid for that.

Developer Advocacy is one way for me to do what I do and help the developers in the community to achieve their goals while I achieve mine and the company being my salary achieves theirs.

At the time of writing this, I work at Mozilla to help people developers build browser extensions, learn from each other and in the long run, help them shape the future of that technology.

And outside work, I run Turku ❤️ Frontend, this blog, coach at codebar Berlin and speak in events. Pretty much living the dream.