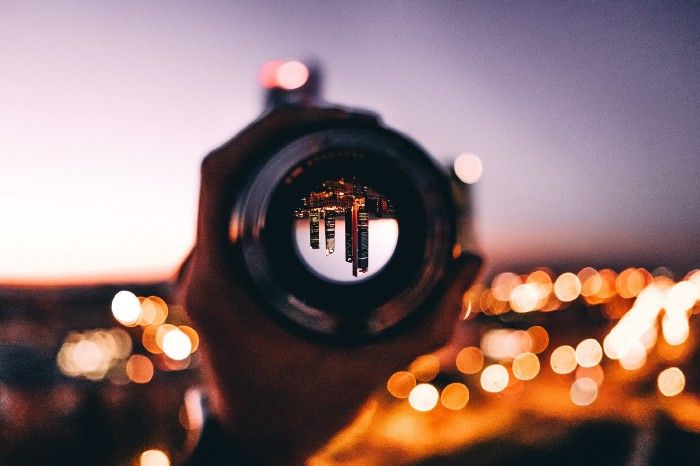 Around the same time last year, I wrote that 2016 had been okay but I was looking into a much greater year 2017. Right now, I’m not quite sure I achieved that. So once again, I’m setting my hopes on year 2018.

If you want to reflect on your past year and plan your future year, I have found that Year Compass is a fantastic tool for it. It’s something I look forward doing every December.

This year was quite a successful one regarding the communities I worked with.

I started the year continuing my work at Boost Turku. During the spring one of the highlights was a third installment of Dropout Academy we organized — a hands-on workshops series aimed to teach students and young entrepreneurs skills they’ll need. In summer, I was the lead organizer of award-winning accelerator program Startup Journey and got to experience the early stages of 7 companies in the program.

In June, I joined Buffer Slack community for digital marketing experts and started learning a lot, not only about digital marketing, but also about remote work, productivity and freelancing from amazing people I had weekly Skype calls around the world. In August I started a 6-month term as a Community Host helping further build the community that now stands at almost 4000 members world wide.

Turku ❤ Frontend had a wildly successful second year. We organized 9 meetups with 18 talks and a Code in the Dark programming competition event while seeing over 50% growth in the community. In August I gathered together a team with which we started organizing a conference for the upcoming year and worked on building the program and contacting top speakers around the globe.

I also continued teaching programming. During summer, together with Magdalena and Sami we ran our second Summer of Programming program: a three-month course teaching the basics of web development (HTML, CSS, Javascript) with about 100 people visiting the events. In September, I launched Koodimentori.fi — my pro bono mentoring program for beginners and junior developers — with first three mentees. I also coached in a couple of workshops throughout the year.

And all the smaller things that really warmed my heart. The student trip we organized to Spotify’s Stockholm office, SHIFT Business Festival, Slush, coaching in Legal Design Summit Brainfactory and plenty others.

All together I organized 129 events, gave 18 talks (about technology, entrepreneurship, startups and programming) and helped a bunch of people find work and companies find employees. Community wise, it was a good year.

Cultivation of mind and body

Doing all the things listed above took way too much time. In the beginning of the year I set a challenge of reading 25 books and so far with less than two weeks to go, I have read 21. My favorites this year have been Fumio Sasaki’s Goodbye, Things: The New Japanese Minimalism and Mark Manson’s fantastic The Subtle Art of Not Giving a Fuck.

Last spring I got excited about minimalism which really helped me find some balance in life. I decluttered a lot of my stuff and simplified my life all together. Between May 16th and August 17th I lost 18 kgs (40lbs) just by fixing my eating habits and walking 10–15 km (6–9 miles) a day.

I felt amazing at the end of the summer but unfortunately the stress of starting a new job and being back in the market (a fancy way of saying I’m unemployed) 5 weeks later derailed me and I ended up gaining back too much of the weight and bad habits.

My year’s biggest improvement was the loss of my panic disorder. Due to finding more balance in both in mental and physical health, in July the symptoms completely disappeared.

I also got to travel a bit after a year of being bit stuck, mostly due to the panic attacks. I went to Stockholm, Copenhagen, Hamburg, Berlin (even though I spent my entire trip being food poisoned in my hostel bed) and Tallinn. I hope next year I’ll finally find a way to do even more traveling.

Of course no year is perfect. I had my fair share of stress, anxiety and fear for future. After taking a detour from development for community management for couple of years, I’m in a weird spot.

I’m having trouble finding work as a developer since I haven’t been actively coding for the past two years but also on the paper, I don’t have enough experience to do the community things I’ve been looking for. With zero money in the bank, I’m gonna have a busy early January trying to find out my place in the world again.

For the past two years I’ve been busy building communities and it has taken a lot of time. Over 300 events in 700 days is nuts and way too often I found myself having too much on my plate. Don’t get me wrong, it’s been so much fun and I have loved it. But sometimes you gotta draw the line for yourself.

So next year I will be focusing on myself. I will cut the amount of events I’ll organize down to 30 (9 meetups, a frontend conference, couple of programming workshops and little bit of space for good ad-hoc events that I’ll come up with during the year). This will open up over 1000 hours of extra time that I plan to use on myself: walking, reading, playing board and video games, writing, watching sports and meditating.

It will not be easy. Already by now, I’ve been trying to slow down for the past week or two and I have had the urge to start new projects and plan new big event series. So I might change my mind by the second week of January. That’s me.