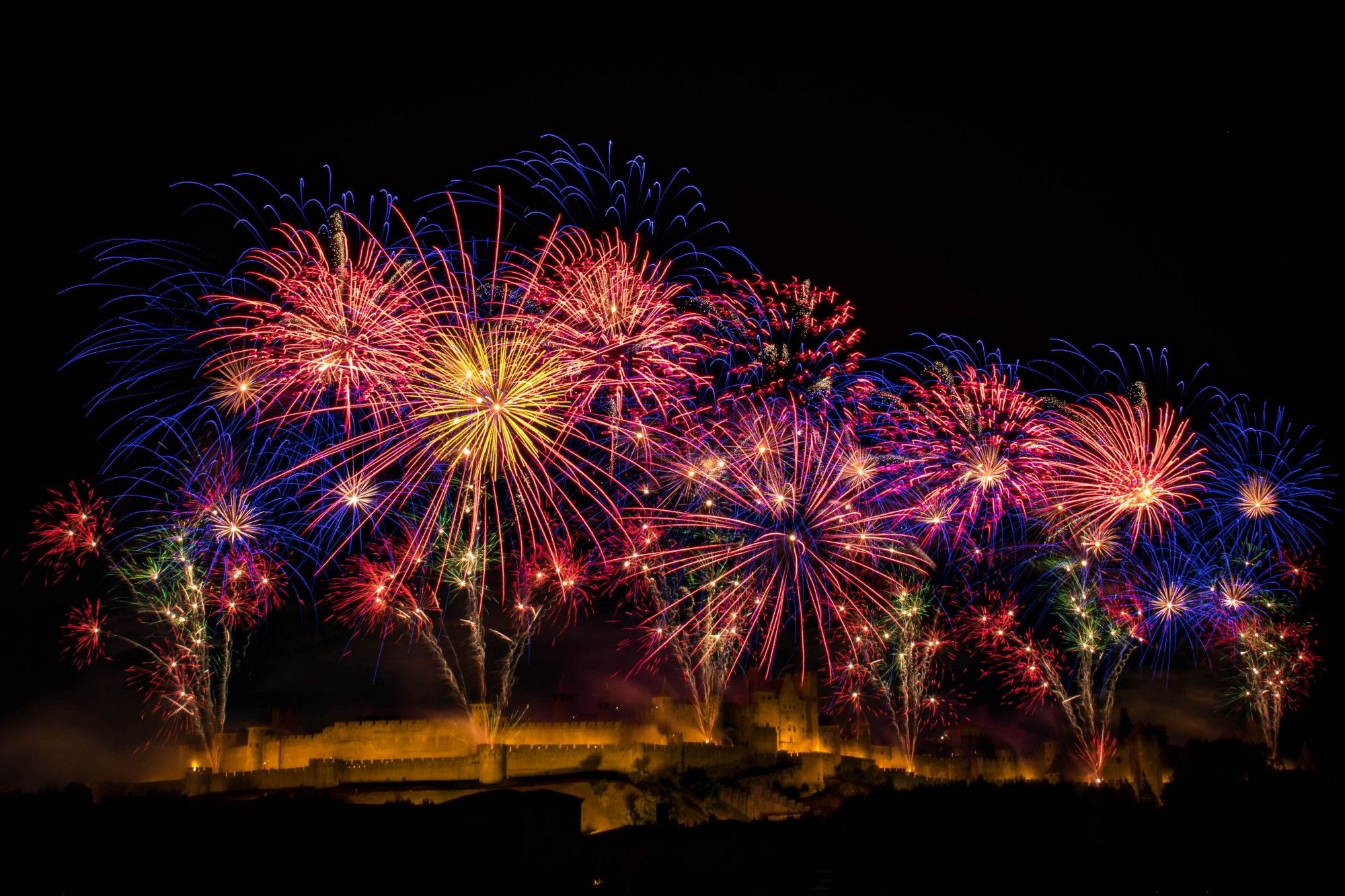 I love reflecting and looking back to the past year: to celebrate accomplishments, to acknowledge failures and to recognize the progress. This year was full of different things, directions and feelings and I have spent a lot of time during December on journaling, collecting, summarizing and trying to figure out, what really happened.

One of the biggest improvements in my professional life was taken during this year in the public speaking and workshop hosting section. While I had done ~20 talks/workshops a year past couple of years, this year I not only more than doubled that, I also started getting invited to do it more and more. For me, there are couple of stages of success in that aspect:

I had done #1 quite a lot lately but this year was really a breakthrough for #2 and #3. And given that my calendar for February and March 2019 is filling up fast with new invites to give talks and workshops, I couldn’t be happier on that end.

My main highlights for talks and workshops for this year:

In addition to these three, I talked about Vim, debugging, MVPs, Python 3, importance of company culture, how to be a kickass event volunteer, service design, time management, open source, job hunting, and bunch of other stuff close to my heart. I taught programming to few dozen new people in mentoring program and multiple workshops. And I helped bunch of early stage startups in LaureaES’s Cambridge Venture Camp, LaureaES’s Hatch incubator and Boost Turku’s Startup Journey.

Bringing together people to learn and be inspired from each other is a passion close to my heart. Turku ❤️ Frontend finished its third year and I was able to pass the torch to new people after moving away from Turku. During the spring, we hosted five great meetups, a brewery tour to Radbrew and organized a successful Turku Gives Back campaign to promote open source.

All together, 2018 saw me organizing, coaching, teaching, speaking or doing a workshop in almost 50 events in addition to the work related projects.

Another big theme of the year, totally unplanned, was letting go. I moved on from multiple organizations and projects to give the opportunity to new people to grow, and to free up time on my calendar for new projects.

In May, I wrapped up 15 years of table hockey playing and organizing. Over the 15 years, I was involved in starting two clubs (Paimion Keikkoilijat and Turun Seudun Pöytäjääkiekko), was part of the Finnish Table Hockey Association board as well as serving 4 years as a webmaster building website, and tools for tournament organizers, working on social media and community, organizing way over hundred tournaments on local, national and international level, including 2011 World Championships.

After moving to Helsinki to work at Futurice, I also passed on the torch for Teemu and Matias to keep on building Turku ❤️ Frontend. It was a painful decision and made me personally feel like a failure but I was glad to see the community was so much more than just me and I had the pleasure to return as a speaker in December meetup.

I also pulled down the curtains for Koodimentori after a nice one year sprint. I loved working with Iita, Antti and Kiia and I learned a bunch of stuff, deciding to start a new one with a bit different twist.

That new one with a twist become Code Parrot — a 6-month program for junior developers helping them to become better, to learn both technical and communication skills, to build a portfolio project, and to network with the top industry people in the country. Unfortunately, I had to put it on hold when a burnout started to close in on me during the end of summer. Hopefully I can launch Code Parrot in 2019.

During the summer of 2017 we also started working on a frontend tech conference in Turku: I brought together a great team, we built plans, worked with amazing partners to build the visual brand, book the venue and everything. Unfortunately, my ambitious plans regarding speakers came tumbling down as one after another I got the No answer from everyone but one. Deciding to shut that operation down was also very painful.

I continued my minimalistic lifestyle and put it to a test. Between April and August, I spent five months living with just my backpack: no home, only having stuff I could carry with me. Luckily, I have plenty of friends who travel a lot which allowed me to find temporary places to stay.

The ease of living surprised me and the feeling of freedom was amazing. Being able to move to a new place by packing everything up in 30 minutes and taking a subway to work and walking to a new place after working hours with just a backpack was incredible. Settling down in an apartment in September felt bit difficult (and the stuff started to appear in every nook and corner) but four months later I’m still managing.

My city-bound digital nomadism experiment reminded me how little we actually need to live a meaningful and full life. And it was a wonderful test to prove myself that I can do a nomadic lifestyle — a dream of mine for the following years.

This year started with a continuation of unemployment from 2017. Even though I eventually found a job, the entire year was plagued with the feeling of lack of direction. I spent entire year trying to figure myself out and even as the year is turning to its very end, it feels like I haven’t figured anything out.

I had lots of job interviews and recruitment processes during the first three months of the year. Lots of ice cream and tears. Finally in April I joined Futurice as a full-stack web developer and worked on a couple of client projects with additional student collaboration, open source promotion, event organizing and promotion work. As I start the 2019 with a new client and new project, I’m still trying to find myself in this world.

Trying to find myself and the best way to have an impact in world, I keep experimenting and exploring. In October, I started streaming open source software development in Twitch. I found it very enjoyable (to my surprise) but with all other things in life taking up a lot of time I had to skip more streams in my schedule than I had hoped. But even with the few I did, I ended up in having very interesting discussions with people I had never met but who recognized my in real life from Twitch. For 2019, I’m hoping to focus on more formatted educational content in Twitch.

On a lighter aspect of life, I enjoyed a lot of entertainment. Mamma Mia 2: Here We Go Again was the best movie of the year with Avengers: Infinity War and Ready Player One being very good contenders. Unfortunately, I haven’t seen the new Fantastic Beasts nor the new Spiderman movie yet. I also retried to love La La Land but even with all the pieces being in place, I just feel nothing when watching the movie.

For books, I ended up re-reading a lot of books I had read in 2017. Cal Newport’s So Good They Can’t Ignore You, Mark Manson’s Subtle Art of Not Giving a Fuck, and Dale Carnegie’s How to Win Friends and Influence People gave me new perspectives to things. Jacqueline Jensen’s Travel Isn’t the Answer resonated with my thoughts on travel, minimalism and intentional living.

Celeste had no competition in the best video game of the year category. I absolutely loved it. Red Dead Redemption 2 made sure my Christmas holiday wasn’t spent on building new side projects and I continued playing FIFA, NHL and NBA series as my go-to games — for like 25th year in the row. For bit more experimental games, I enjoyed Her Story. And I replayed Firewatch which is one of my absolute favorite games of all time. Yes, I like it even more than Zelda games.

One of the things I love in my life is that I get to meet and get to know so many amazing people from all around the world. The Buffer’s Slack community has grown very important group of people for me, the developer and teaching communities likewise. Starting a new job brought me lots of new friends (and some puppies to scratch) and during the Slush I got to enjoy the most welcoming presence of Allison, Sarah, Brians, Amy and others from the Microsoft Azure Cloud Advocate team for two days.

As many of my friends live around the world, I don’t get to see them always daily or weekly. This year I had the opportunity to spend time with some people I hadn’t seen in a year and I couldn’t be happier about that. With some people I wish I would have had the possibility to spend more time but hearts are fragile and break sometimes, so this year was no exception to that either.

Wrapping up a year with a month of reflection, journaling and writing blog posts is wonderful. It gives you an option to mentally finish things that are still on your mind which gives you space for existing things to grow and new things to appear. My next year will be an adventure.

I have submitted a few conference talk proposals for European tech conferences and have a few more lined up waiting for me to submit my talks. I want to explore central Europe, and to grow both as a human being but also as a professional.

By the end of 2019, I will be working in a full-time developer advocate / tech community manager type of role helping developers become better, inspire each other and learn from each other.

And I will talk in at least one international conference outside Finland.

Because 2019 is our year. Let’s make it the best possible year.

If you’re looking to do some end-of-year reflections but don’t know what to think about, check out Year Compass. This was my fourth year doing it and I absolutely love it.