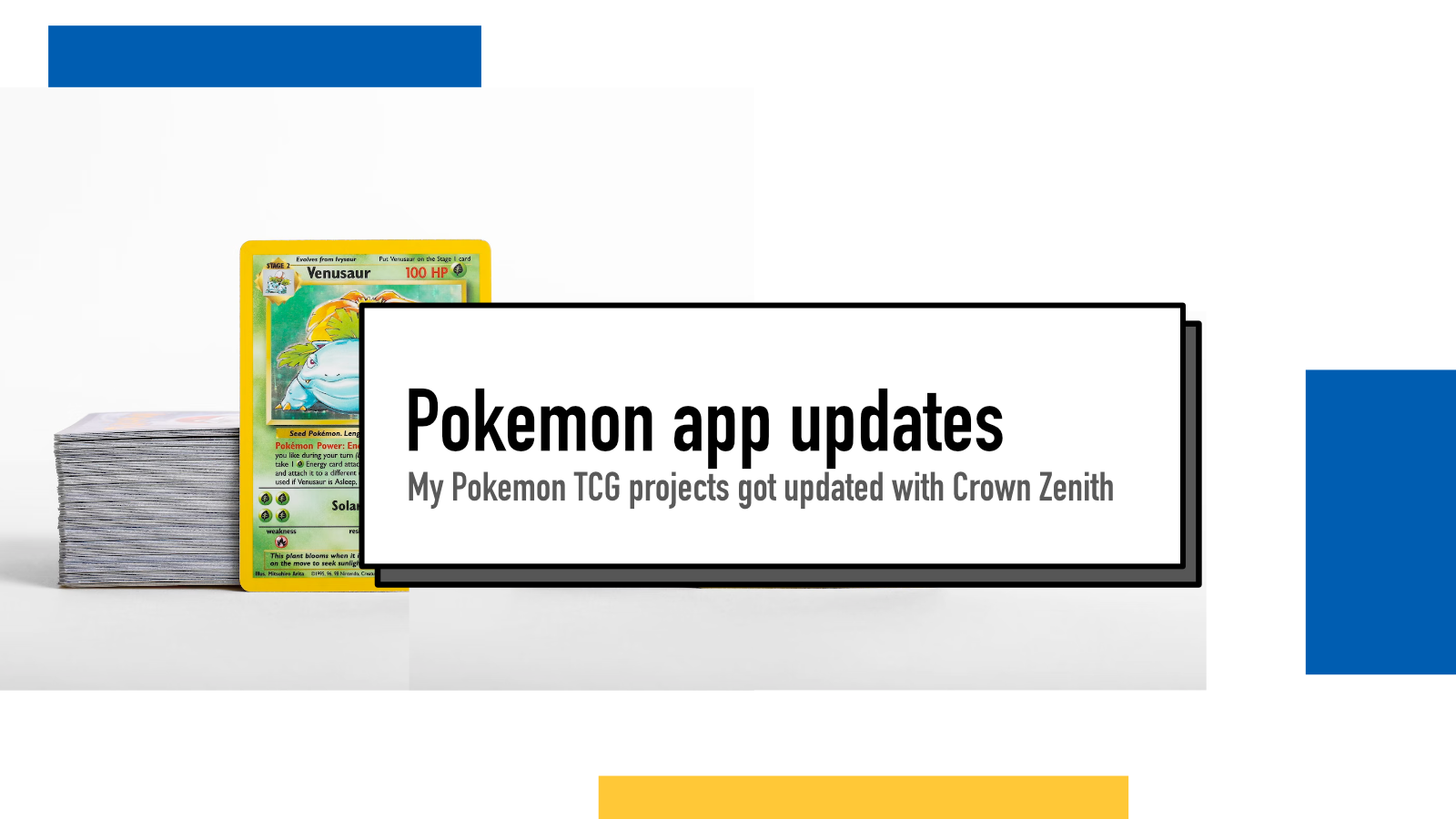 Pokemon's new TCG set Crown Zenith dropped today and for me, these Fridays always mean work to update my projects.

One day I'll learn to come up with names for projects that are not 100 characters long but today is not that day. Gym Leader Challenge Decklist Validator is a web app that allows players to submit their Gym Leader Challenge decklists and see if those are valid for the format.

I think GLC is the best way to play Pokemon TCG these days and that's why I built this app. With singleton format, the decklists have a lot of different cards and it can be easy to make mistakes.

With the Crown Zenith update today, it supports all cards from Black and White base set to Sword & Shield's final set – that's every set legal in the format.

This project is another one with quite a mouthful for a name but it also packs a bunch in its small form factor. It's a Firefox extension that changes cryptic looking deck lists into a format where you can see the actual card images on hover. With its version 1.3.0 (and a bug fix of 1.3.1), it now works with Crown Zenith cards and supports all cards from the oldest Pokemon TCG Online supported set, HeartGold & SoulSilver onwards.

Head over to Firefox add-on store and install it to your Firefox to test it out!

"Surprise, we changed the format"

After I made the initial updates, I noticed that Pokemon had changed the decklist export format in the Pokemon TCG Online. Where a card used to be specified with a set code (like CRZ for Crown Zenith) and a number (like 12), it now changed to left-padding the number with leading zeroes: turning 12 into 012.

Luckily the change I had to make wasn't a big one, I was little bit disappointed that they did not notify users about this change in their patch notes for the newest version. If they had, it would have saved me from a bug fix patch version after noticing the issue too late. I tested against hand-picked values rather than exports – a lesson learned there for the future.